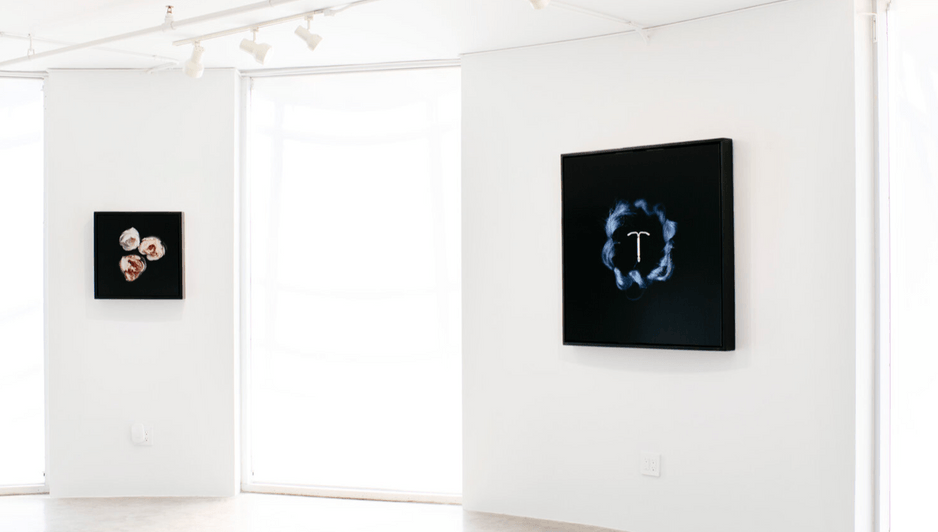 The idea that "the personal is political" was one of the first revolutionary refrains for describing an intersection of interests that was forbidden by the gatekeepers of high modernism. With the advent of first wave feminism and the social movements of the 1960s, this ideological presupposition was quickly overthrown and the greater world of interests associated with everyday life began to flood back into the field of critical art production. This trajectory informs Olivia Phare's work inasmuch as her most recent project entitled "Hold Me", demonstrates how a myriad of interests can come together in a way that expands the notion of making "art into life" and "life into art", without any disinction about where one of these operations begins and the other ends. As such, her project marks a moment in the debates around intersectionality that speaks to concerns about the body, the body politic, bodies in the home and bodies that won't be coming home.

Toward this end, we can say that "Hold Me" is highly personal document about the need to always hold onto hope, no matter how bad the odds might appear to be. Thus, the imagery in Phare's work speaks about how diseases can manifest, sometimes suddenly and without warning. Her images also touch on how safety and security can be taken for granted at a time of unprecedented vulnerability for both the elderly and BIPOC communities, when pandemic took so many lives and was accompanied throughout by inconsistent leadership and a lack of clear messaging. As a consquences of living through this period, we can say that "Hold Me" is a body of work that makes all of us remember how many times in the course of the last year that we all needed someone to turn to for comfort, or a shoulder to lean on, or to just to be held in the stunned silence of the unimaginable events unfolding before our eyes. All of this is on view in Phare's iconographic works, but as pieces and fragments of a life lived in less that ordinary times.

Whether using open ended texts that allow us to draw our own conclusions, or images of medications laid out in mandala-like patterns, or delicate flowers arranged as scanographs, Phare’s work confronts the conditions of cultural despair head on. Her work speaks about our shared concerns with issues related to health care, the lack of financial support for millions of Americans who are out of jobs, and the small moments of struggle that are lived between these consequencial gaps in in public policy. As such, we can say that the works in this exhibition act as a private plea while also capturing the spirit of our public concerns, reminding us that the fight for individual survival and the survival of our democracy are issues that cannot be separated from one another. In this way, Phare’s work is a visual essay in intersectional concerns that describe the very best and the very worst of our times, and that is the true mark of their contemporaneity today.

Bio: Olivia Phare is a multidisciplinary artist based in Arizona. Autobiographical in her approach, Phare uses personal experience as a window into the broader facets of culture and systems in the United States. She employs a variety of techniques to produce her work including photography, scanography, encaustic painting, alternative processes, and sculpture. Phare received her B.A. in Photography and Film from Virginia Commonwealth University, and her work has recently been shown at the Clamp Light Gallery in San Antonio Texas and The Chrysler Museum in Norfolk, Virginia.